"Politics is based on the indifference of the majority"

By really listening to your perceptions, remarks and ideas and by a real exchange with you
we’ll be able to determine further actions! Thank you already.


Everywhere society is tricked and exhausted and, a vote doesn’t serve any purpose anymore!

A profound change is needed

We’ve all understood this very well!

Let’s evolve towards a superior and more just society

M-C-B the MOVEMENT of the 21st CENTURY!

All this
calmly
and gently…
know more…

This is your MOVEMENT! and ours!

"Many members having the same idea! …"

Equipped with an unambiguous and irreversible process!

and more than 48% of the voters VOTE WITHOUT ANY CONVICTION!

Coalitions on all sides destroy our democraties

they render the elections, a citizen’s vote useless!

and thus, more than one person on two is discouraged to vote

Give to more than 48% of the people, distressed, distraught, cheated, …

the certainty that THEY will be finally heard and listened to!

We will, all together, fairly redefine democracy

With a certain, simple, universal and irreversible process

We provide an active, exact and measured participation, via the alternative of a parliament that is very close to the voter!

IT’S YOUR FUTURE, AND THIS OF M-C-B

In order to avoid that this major and remarkable evolution of our democracy is being hindered,

divided, annihilated, drowned, destroyed becaused it is deemed to be embarassing to others,

we have in all transparency,

placed our program in sealed custody, with a Notary and it will be

made public the moment it is needed

During these ad hoc times, with concrete and extremely well set up ideas, totaly in the spirit of this time, M-C-B wishes to find partners who want to walk this path, to make their movement more robust.

M-C-B is unique in the whole of Belgium, France, Europe and even in the World! 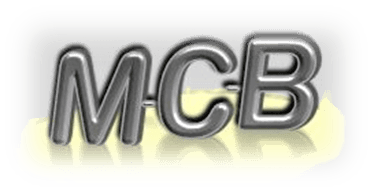 THE MOVEMENT OF THE 21ST CENTURY

Our movement, M-C-B, is simply and infallibly one of the 21st century

It is clear that all people on earth are competent to participate in the process of decision making, while understanding it perfectly.

This needs to be done together in a fully democratical way.

Our actual means and resources allow us to revive everyone’s participation, for everyone.

M-C-B, is the creative movement of this outstanding evolution!

Democracy, accompanied by capitalism and socialism has proven itself. It has improved significantly

DEMOCRACY FOR EVERYONE was already a major improvement for our society… but, since the last century, this form of democracy is limited at short terms…

This democracy is dying, corrupted by self interest and short-sightedness, at the expense of all others, the Earth!, our children, life on Earth, etc…

Our society and this democracy are at the brink of their implosion due to the individualism!, the complete fall back on oneself.

Individualism means to divide everything for oneself, including the thirst for a pseudo-happiness, only for oneself!

On the contrary, it’s the individual who, by uniting himself, has created progress since the beginning of time! …

M-C-B puts in place a democracy based on values different from profit at the cost of others!

a democracy where people act together, for others!

In order to settle our movement, we need : Courageous People, charged with Conviction.

Come and join us

Let’s evolve Together to our legal recognition.

Already, with your participation and your convictions!

WHAT ARE YOUR CHOICES, REMARKS AND PROPOSITIONS ?

Whatever your request, proposition, remark, we will, anonymously if required, study it together and give you a rational answer as soon as possible.

M-C-B, the movement of the 21ST CENTURY

Only for Belgium already 10 000 signatures are mandatory,
This is the number of members and their signatures
We need
know more…

your participation and your convictions